The native file format of Cosmos is GrML although other file formats are supported: .pnml the iso standard for Petri net file; .gspn a textual file format for Petri Net, .andl the file format for the model checker Marcie; the Prism language is partially supported. In the following, files are also given in the .PNPRO file format which is used by the GreatSPN Editor which provide a convenient way to visualized and edit Petri Net.

Figure 2 shows an LHA which measures the difference of memory usage.

To compute the difference of memory usage, Cosmos needs the following HASL formula:
AVG(Last(OK))
This formula expresses the average value of the variable OK in the final state.

To start Cosmos on this example, first go to the directory Examples/SharedMemory from the Cosmos directory, then launch the binary with the following arguments:

Those arguments make Cosmos perform simulations until the confidence interval for the HASL formula has a width smaller than 0.01. Cosmos builds an internal representation of the model and the automaton, using code generation, and then starts the simulation.

Results are saved in 'Result.res'

The --help option can be used to show the list of available options.

Cosmos and the GreatSPN Editor

The Petri net Editor of GreatSPN can be used to design Stochastic Petri Net. The resulting Petri net can be exported to Cosmos using the .GrML file format. Alternatively the editor can start Cosmos and display result of simulation inside its graphical interface.

Figure 3 : Screen-shot of the GreatSPN Editor showing results from Cosmos. The red numbers are mean throuput and the blue ones are mean number of tokens.

Cosmos is integrated inside the CosyVerif platform. This platform provides a graphical front end named Coloane allowing one to draw GSPN and LHA with a graphical editor. Cosmos reads the GRML file format used by CosyVerif, both for GSPN and LHA. 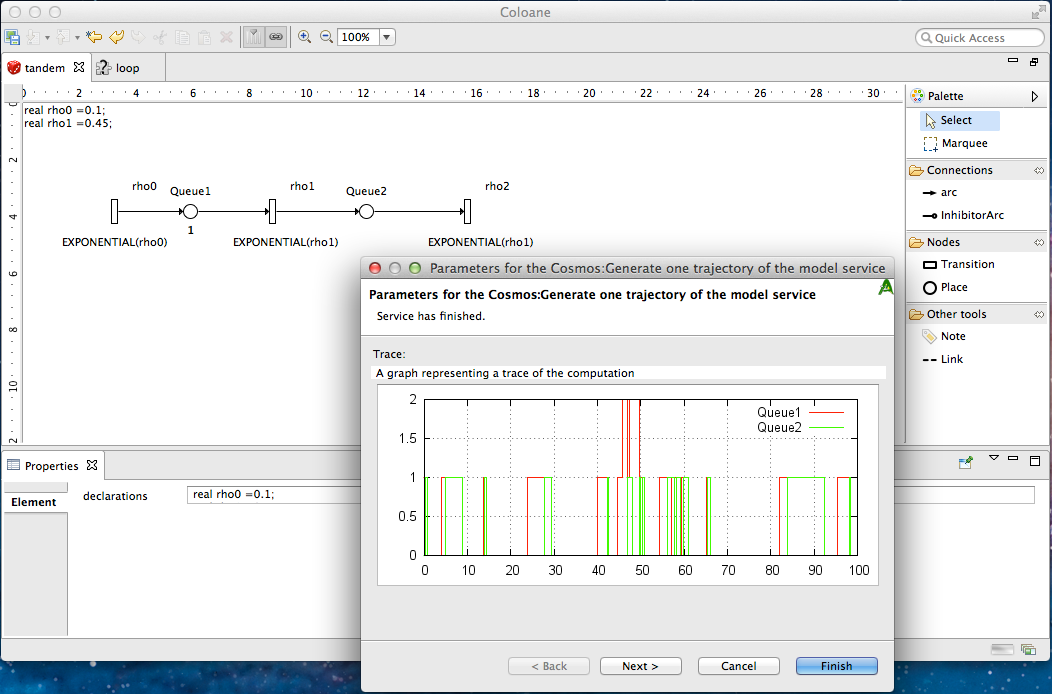 Figure 3 : Screen-shot of the graphical interface of CosyVerif running COSMOS

▷Click on the upper left icon to create a new model. The following windows should open: 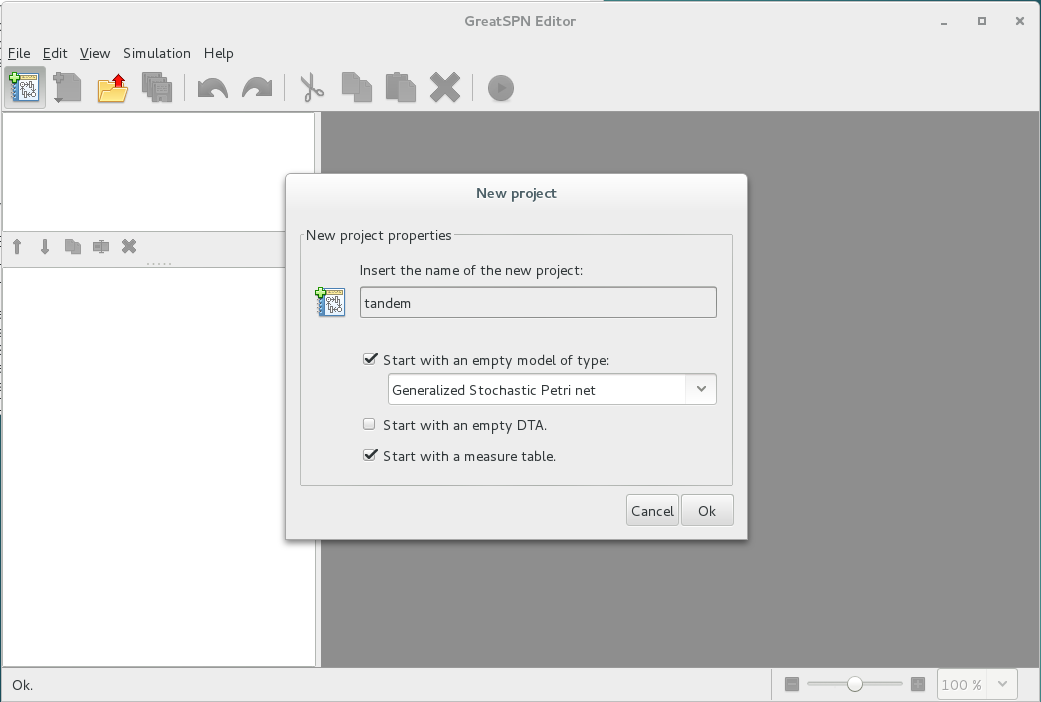 ▷ Fill the windows as on the previous screen shoot. 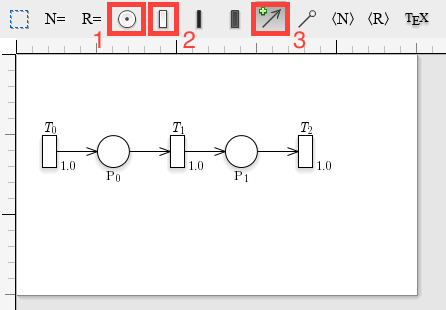 ▷Export the model in the GrML file format using the file menu/export/export in GrML. 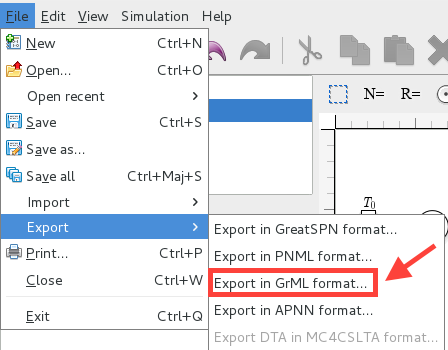 Simple use of the tool

Cosmos can be used to compute simple performance evaluation indexes of a model by generating an HASL formula. This is done using the ``--loop X'' option which generates a simple LHA which loops for X time units and then accept the trajectory.

▷Open a terminal and go to the directory where you have exported the model.

You should see something similar to the following screenshot:

You can observe that Cosmos start by parsing the model and the LHA then the simulator is built and simulations start. Cosmos dynamically updates the state of simulation. The first line in black shows some data on the number of trajectories and simulation time. Each of the following lines (in yellow) is the estimation of an HASL expression. These lines read as follows:

The last two lines indicate the progress of the simulation. The first one % of Err: represents the width of the largest confidence interval with respect to the objective (given on the command line with "--width 0.05"). The second line % of run: represents the number of simulated trajectories with respect to the maximum allowed number (by default 2000000). The simulation stop when one of the goals is reached. You can stop the simulation by hitting Ctr-C.

You can plot a single trajectory with the following command

▷Write down the following command line:

You can visualise the behaviours of the model by plotting the mean trajectory.

▷Write down the following command line: 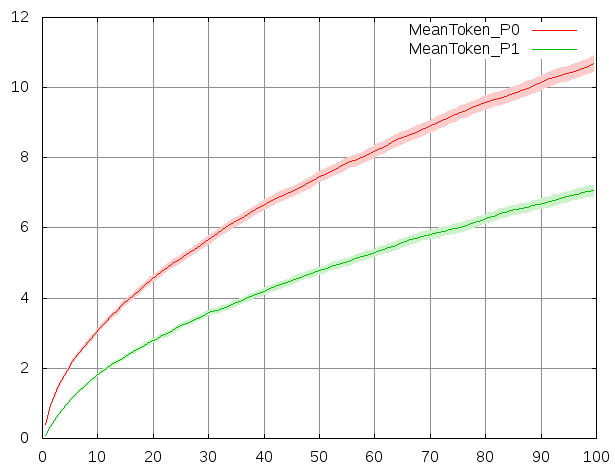 You can observe a well-known fact of queuing theory which is that if the rate of incoming client is not strictly smaller than the serving rates, then the system is unstable. The type and parameters of transition distribution can be modified in the left panel when the transition is selected. See below screenshot. In the interface, the parameter of exponential distribution is called ``Rate'', and it is called ``Delay'' for general distribution. 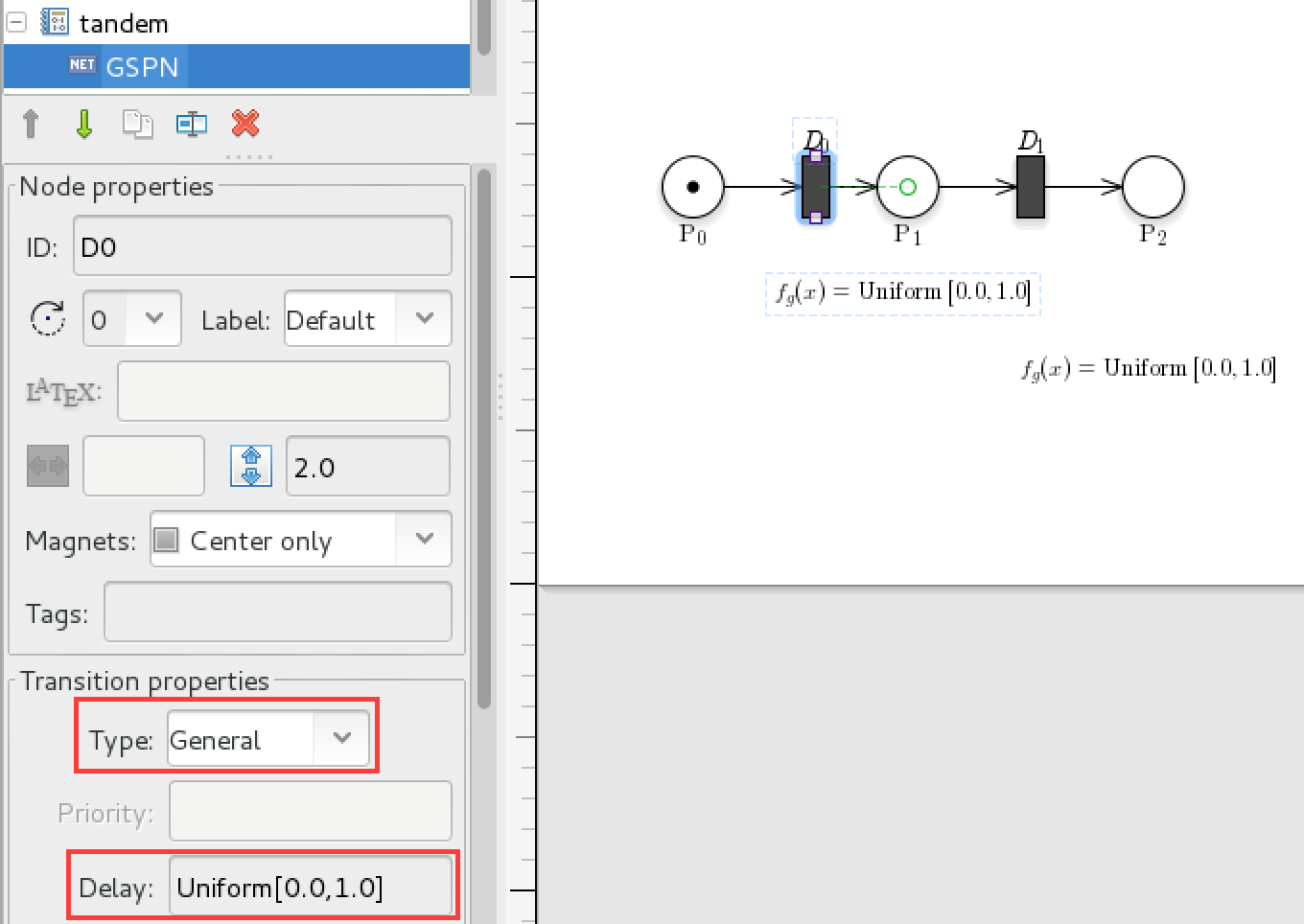 ▷Change the rate of transition $T_0$ to $0.6$ in GreatSPN, export the model and run Cosmos, observe the difference of behaviours.

If a model does not behave as it is intended to, it is useful to perform step by step simulation.

▷ write down the following command line

Cosmos will stop before the first step of simulation and show you the available transitions. You can write down ``s'' to perform one step of simulation, or ``fire Ti'' to fire transition Ti. If you write ``d'' and open the file ``draw.pdf'', it will contain a drawing of the Petri net updated with the current marking.

In this part we will design an LHA to evaluate a more complex property.

▷ Open a new text file with an ``.lha'' extension with a text editor and write down the following:

▷ Run Cosmos by passing the model name and the lha name.

▷ Add an HASL expression to the LHA to compute the mean value of r.